To be honest, I did not want to go to college, and I decided to go because my parents wanted me to.

Hearing my friends and classmates talking about how excited they were of going to college did not resonate with me because I did not feel the same way. I knew what I wanted to do, which is working in fashion or writing, and, sadly, in the Dominican Republic, it does not matter having a degree when you have connections in the industry. So when my parents told me that I was going to keep studying, I was furious, because I did not believe that it was necessary to go to college if you are a 100 percent sure of what you want to do. I believed that a person should go to college if they do not know what they want to do with their lives, or if they want to go to med school (right?!).

So, there I was, looking into colleges in the Dominican Republic, taking personality tests and admission exams.

I got into the university that everyone from my school goes to after graduating. I should have been happy because I could still study with my friends, but I was not. If I was going to study against my will I did not want to stay in the DR; I wanted to leave and be independent and explore somewhere where I could learn a thing or two about how to be an ethical journalist.

One day, while my best friend and I were talking about a funny video we found on YouTube, the principal of my school called me. “What did I do now?” “OMG, they know that I cheated on that test,” “well, it was good until it lasted,” were the things that I was thinking about while walking to the office. I had never been called to the principal’s office; I was TERRIFIED.

So there I was, going to the principal’s office to get screamed at because of that perfect answer I got on my computer science exam. However, I was wrong.

She greets me with the biggest smile, “Hi Virginia! do you know why I called you here?” and I just laughed nervously and said “no.” I felt it in my body; I was going to faint, my parents were going to disown me, I was going to be homeless. But then, she says, “well, I know that you are in the process of applying to colleges, and I wanted to tell you that you are one of the selected students to win a scholarship to attend Creighton University.”

YES! they did not know that I cheated on that test (that was close). I mean, yes! I can leave the DR and follow my dreams to work for a fashion magazine.

After that meeting, I ran to my classroom and started filling out my application. For the first time, I was ecstatic that I was going to college. I messaged my mother, my father, my brother, everyone. I AM LEAVING!!

Months passed, and I was scared because I did not hear anything from anyone. So I decided to email the university to see if I had gotten in.

In a hot, hot, hot day in June, I received an email from the contact that my school had with the university.

“Virginia, you were accepted today. Congratulations!”

This is it. I am going to college. And for the first time, I was happy to say that.

The summer went by quickly. My mother and I spend a lot of time shopping for the new 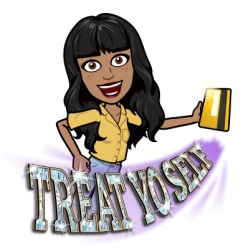 school year and learning about this new city that we had never heard about before. I think she was more excited than I was.

Fast forward to August, I was finally going to Omaha.

Since I came in as an international student, I could move before the others, and I took advantage of that. We, my mother, my father, my aunt and I, decided to check out Omaha and see what it had to offer. The first thing that crossed my mind was “this city is too small, there is nothing to do here.” I am from Santiago in the DR, there is always something to do, and I have family in New Jersey, and we always visit New York at least five times a year. I was moving into a small, go to the movies to have fun, city. But I said to myself; I can make this work, I can always make it work. But boy, was I wrong.

After my family left, it hit me, I was alone in a city that I did not really like, with no friends. I thought that the classes were going to be easy, but no. It does not matter if you have been studying a language all your life, living in a place where people do not tend to speak with your mother tongue is hard. Classes started getting harder and harder. “why do I need to take theology?” “they did not teach me this in high school,” “they do not teach English like they teach Spanish back home,” “why does not anyone speak Spanish here?” “why doesn’t anyone love telenovelas like I do?” “when will I have a friend?”

I hated it there.

My friends were having the time of their lives back home, studying what they wanted and going out with each other while I was here, crying almost every night because I did not have anyone. I even cried in my advisor’s office. My parents would ask me how everything was going and I would say “I am okay, everything is perfect here, I love Creighton, I love going to the movies to have fun” because I did not want to worry them. However, they knew what I was going through at that moment.

My mother even offered to move to Omaha.

I used to say to myself that I needed to leave this place, that I will go crazy if I stay here. But, as my life was “falling apart” I met Cynthia.

Cynthia and I took two classes together during the first year of college. When we started talking, I knew that everything would be alright. At first, I thought, “well, this is probably only going to last until the end of the semester,” but, as we started hanging out more I learned that she speaks Spanish and that she is from Mexico.

I had finally found the one person I was looking for, a Latina; someone who understood what I was going through living in a place that is not home; someone that loves telenovelas as much as I do. We have been friends ever since. I am even the godmother of one of her daughters.

After meeting her, I started to meet other Latinos and finally began to enjoy going to Creighton; I finally started thinking of Omaha as a home.

I never thought that I was going to feel this way when I came to college. But after being there for four years and meeting all kinds of people, I have learned and realized that nothing is going to be the same. 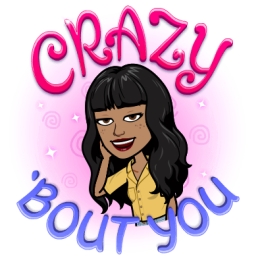 We are creatures of change; we will not always have the friends we had in pre-school, we will never live in the same place forever, and tomorrow we will probably not like that dessert we liked yesterday. Moving to another country is life-changing, and now I believe that it is for the better, because we learn a lot about ourselves. I realized that I am stronger than what I thought I was, and that I love my friends and family more than I expected.

I am grateful for this experience because I have learned to do a lot of things that I did not know how to when I lived with my parents, and it has made me appreciate them more. I would not have done this without the support of my parents and everyone that has shown me that I am not the only person that has experienced this.

In the end, I am happy that my parents forced (LOL) me to go to college because now I can tell everyone everything I have learned in a different country and the crazy situations that I have been in. (surprisingly, there are plenty of them)

And that is it! that is my college journey & experience. Now that I am done and do not have to go back I do feel a little bit sad that I do not have that feeling of “I am going back to my other home.” It astounds me how much I hated college my first year, but that changed after a while. Change is hard, even harder if you come from a country where food is delicious and now you don’t get to have tostones every day, but it is not impossible.

Talk to you on my next blog!