Oh, it feels so good to be back.

I can say that I am really involved with social media. It all started when I was about 11 or 12 years old and all my friends began to use social media. At the beginning, we all used a social network called hi5; even though I used it for a short period I was really excited to be part of a platform where I could add my friends and family and share moments of my life that make me happy. After I stopped using hi5 I learned of a new social network that was getting really big in a short amount of time: facebook. Even though the purpose of hi5 is the same as facebook’s, facebook had something different that caught my eye; it was organized better.

Then twitter came out and I have to admit, at first I loved it, I would post minimum 10 tweets per day, every single day, but as I got older I got bored of it and I realized that is not that safe to post everything that I was doing, so I slowly stopped using it.

After my twitter craze, I learned about Tumblr. I have had a Tumblr for more than 7 years; I love it because here my love for fashion has grown over the years, but the website not only has enlightened me with my passion but also with things that are happening around the world. Instagram has also been a big part of my life since I spend a lot of time on it. With these two websites, I have learned to think differently and more creatively. I like using them because they challenge me to think out of the box and always improve my style. 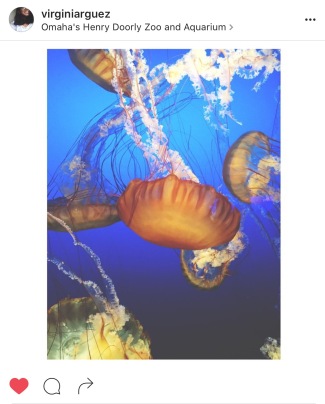 Not long ago I downloaded Snapchat and I can not like it more. I love the idea of sharing videos and pictures of 10 seconds to show my close ones what I am doing, as well as the fact that after 24 hours they disappear, and after the update of the filters it is, even more, fun to use. I also use YouTube which I also like because I get more inspired when I watch well thought and made videos. Pinterest is also another website that I like to use to find new places to discover, different ways to organize things as well as cooking recipes.

I love social media because I can always keep up with my loved ones, as well as current events around the world, learn new things and cook a delicious meal. With all the advances, it does not matter how far I am from a person, it is really easy to keep in touch; I can send messages or call them via Facebook or even send them a quick video through Snapchat.

Social media has made communicating so much easier for me because if I am missing someone I just need to unlock my phone, click an app and that is pretty much it. But as good as this is, it is not as good as communicating with someone eye to eye. Yes, it is good that it is so much simpler now to catch up, but social media has consumed a lot of my time because I spend more time on it than I used to when I was younger, and personally I believe that this has happened to an innumerable amount of people because we tend to spend more time on our phones, tablets or laptops, checking what other people posted on social media, distracting us from what is important, the now.

Thank you for reading.